For my post today, I interviewed Michael Charles Tobias and Jane Gray Morrison about their book, The Hypothetical Species, and their vision of a path toward a restorative future.

Michael and Jane run the Dancing Star Foundation, an ecological non-profit devoted to animal protection, biodiversity conservation, and environmental education. For over thirty years they have researched and analyzed significant components of the interactions between humanity and the biosphere on every continent, in an effort to understand where our species can do better and to apply those insights toward policy recommendations.

ZW: In your latest book, The Hypothetical Species: Variables of Human Evolution, you compare and contrast the ecological plight and problem-solving capacities of the individual versus their species. Why do you view that as such an important, indeed profound, through-story?

MT/JM: There’s no question, Zoe, that there is a symptomatic dysfunction in the way human individuals and our species operate. What individuals are capable of; our individual feelings, intentions, thoughts, and behavior, may well be somehow out of sync with the behavior of our species. That poses a particularly difficult impediment, at first glance, if one’s focus is conflict resolution, the amelioration of pain among both members of our own kind and those of other species. How does one cope, and strategize around ethical imperatives, in an age of the Anthropocene, when our collective destructive powers are unprecedented? And yet, at the same time, individual willpower, knowledge, compassion, and a rapidly growing context of unconditional love, comprises an inspiring and altogether capable condition. So, this is the dialectic, and one worth paying close attention to.

ZW: In The Hypothetical Species you go into considerable depth with regard to numerous natural history disciplines, particularly bioinformatics, genetics, theories of what constitutes a biological species, hybridism, and the like. How do these fairly rarified areas comport with your long-time goal of finding generous and feasible pathways towards ethical solutions that speak to youth (as well as to their parents)? Our goal at the Institute for Humane Education, of educating young people to be solutionaries, is taking hold. How do your views of human nature and evolution fit into the practice of combining compassion cultivation with critical- and systems-thinking for realizing powerful positive change?

MT/JM: From countless field studies, it is pretty clear that rapid evolution is occurring among many species. Hybridization among plants, but also vertebrates, is taking place at high speed, which is to say almost in real time, and certainly within a matter of a few generations. Much, if not all of that appears to be adaptation driven, like the resurgence of flora in the Chernobyl hot zones; the robust persistence of certain bird species (like the Hispaniolan lizard cuckoo) amid some of the worst deforestation in the world in Haiti; or even temperature adaptations among acorn ants to the impact of climate change in urban environments. Similarly, we humans are changing quickly. And what individuals are feeling and saying is being cast out into the species-wide net of collective impressions. That is where we are primed to integrate what each person believes, hopes for, insists upon, and what and how our species might also collectively articulate. When that resolution between the one and the many is, in fact, helped along by an accelerated evolution, then real and lasting change will come. 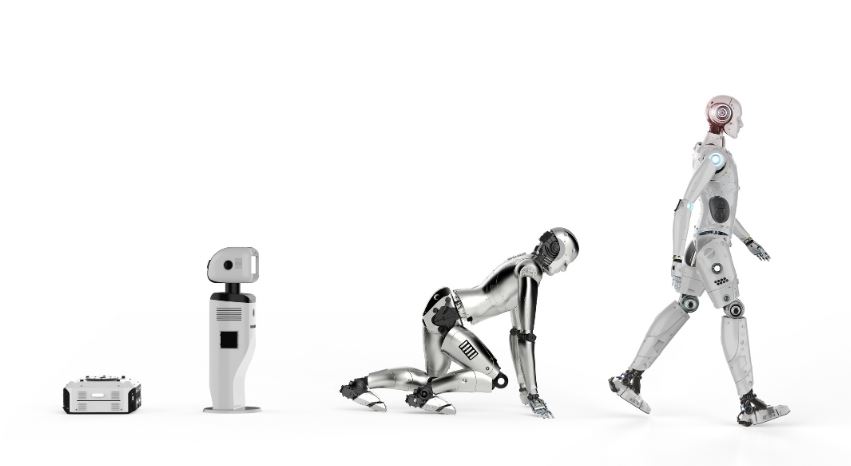 ZW: Is there any danger to this?

MT/JM: It is of concern in the sense that if a majority of individuals were to wish for something that might indirectly perpetuate environmental fall-out, we could collectively insinuate a point of no return for the Earth. And, with talk of a $5 trillion endeavor to combat climate change, just for starters, imagine the level of consensus that will be necessary to ensure that there is a plurality of ethical convictions all guided by a shared common cause. But if the forces at work in evolution and natural selection were not somehow primevally in favor of our collective accords, well, that is the feedback we’re seeing now. Nature is telling us precisely what and how to move forward. But at present, the more than 7.7 billion of us are not all respectfully listening.

ZW: How do we solve that?

MT/JM: People rushed into the burning Notre Dame Cathedral to save whatever they could, ignoring the threat to themselves. The Paris firefighters were inspirational. We see other types of heroes every day, every moment, such as sixteen-year-old Greta Thunberg at the Davos Economic Forum waking up the so-called adults in the room to the peril of climate change. The solution should be second nature to us, and this is what we wrote about recently in our book with our colleague Dr. Ugyen Tshewang, the former Secretary of Bhutan’s National Environment Commission, Bionomics in the Dragon Kingdom – Ecology, Economics and Ethics in Bhutan. There is a country that has promulgated happiness, virtue, biocultural and environmental protections at a judicial, national as well as at local levels that are truly exceptional on the world stage. Most people are quiet, reverential, and responsible when they enter a place of great spiritual antiquity, or listen to a performance in a fine symphony hall, or wander off into a stunning wilderness area. Most people are virtuous, we feel. And the qualities that make for virtue will not be overlooked by the forces at work in evolution.

Please forward this to at least ONE person who would benefit from this resource.