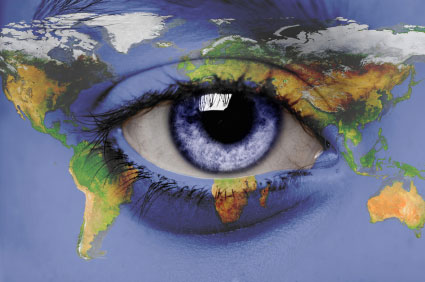 Sharing stories of people who have made a positive difference in the world is a powerful way to inspire youth to become their best selves and to realize their role as committed citizens and compassionate changemakers. Children’s picture books are a great tool for doing so.

1.  Aani and the Treehuggers by Jeannine Atkins
1995. Grades 2-5.
Aani and her community rely on the trees in their forest for their survival. When men come and start cutting down the trees, Aani takes drastic action to save the trees…and her village.

2.  Ron’s Big Mission by Rose Blue
2009. Grades 1-4.
This is based on the true story of Ron McNair; he was one of the astronauts killed on the Space Shuttle Challenger. When Ron was little the library was segregated. They wouldn’t give him a library card because he was black. He could go to the library, but he wasn’t allowed to check out books on his own. He had to have a white person check out books for him. One day Ron decides he is going to demand a library card; will they give him one?

3.  The Tree Lady: The True Story of How One Tree-Loving Woman Changed a City Forever by H. Joseph Hopkins
2013. Grades 1-4.
“Not everyone feels at home in the woods. But Kate did.” Katherine Olivia Sessions was the first woman to graduate from the University of California with a science degree. When a teaching job lands her in deserty San Diego, Kate begins a life-long campaign to find plants and trees that “liked hot, dry weather and steep hills and canyons.” Kate’s work transformed San Diego and the famous Balboa Park into “the lush, leafy city it is today.”

4.  Seeds of Change: Planting a Path to Peace by Jen Cullerton Johnson
2010. Grades 1-5.
Wangari Maathai was raised to respect the trees in her community. When she’s given the chance to go to school, she uses her education to help her community and to restore the environmental destruction that has occurred in Kenya. She launches the Green Belt Movement and helps foster the economic security of women in Kenya and beyond. Despite much resistance to such a powerful woman, Wangari is elected to Kenya’s parliament and wins a Nobel Peace Prize.

5.  Gandhi: A March to the Sea by Alice McGinty
2013. Grades 1-5.
Simple text and beautiful illustrations share the story of Gandhi’s famous 24-day March to the Sea to protest unjust laws and taxes by claiming salt from the Arabian sea. Gandhi’s “salt march” campaign captured international attention and inspired India’s people to work for independence through nonviolence.

6.  The Boy Who Harnessed the Wind by William Kamkwamba and Bryan Mealer
2012. Grades K-3.
William had a thirsty mind that soaked up knowledge and made him ask questions. When a drought has left him hungry and unable to go to school, William goes to the library and begins to teach himself how to read English. When he comes across information about windmills, William is determined to build one (out of mainly junk parts) to help his village.

7.  Brave Girl: Clara and the Shirtwaist Makers’ Strike of 1909 by Michelle Markel
2013. Grades 1-4.
Clara came to the U.S. with her family dreaming of a wonderful new life, but she found herself working long hours under unfair and dangerous conditions as a garment worker in New York. She began to encourage her fellow workers to strike and eventually led the “largest walkout of women workers in U.S. history.”

8.  Passage to Freedom by Ken Mochizuki
1997. Grades 2-6.
This book is based on a true story about the Japanese Ambassador to Lithuania during WW2. As Jewish refugees begin coming to the Japanese Embassy to escape the German invasion, the Japanese Ambassador is told he cannot issue any visas to Japan. He decides to issue the visas anyway. The book is a great place to talk about sharing when it’s against the rules.

9.  A Boy and a Jaguar by Alan Rabinowitz
2014. Grades K-3.
Alan stutters … except when he talks to animals, like the jaguar at the Bronx Zoo. It makes Alan sad to see animals in cages, and he promises the animals that “if I can every find my voice, I will be their voice and keep them from harm.” Alan’s passion to help animals takes him to Belize, where he uses his voice to convince the government to create a jaguar preserve.

10. Who Says Women Can’t Be Doctors? The Story of Elizabeth Blackwell by Tanya Lee Stone
2013. Grades K-3.
Back in the time when girls “were only supposed to become wives and mothers. Or maybe teachers, or seamstresses,” Elizabeth Blackwell didn’t always want to be a doctor; but when she decided to become the first female physician in the U.S., she was determined. Despite the fact that dozens of medical schools turned her down — and that the one that accepted her did it largely as a joke — she persisted. Elizabeth graduated with top grades, became a respected physician, and opened the way for more women to become doctors … or whomever they wanted to be.

11. Harlem’s Little Blackbird: The Story of Florence Mills by Renee Watson
2012. Grades K-3.
As a small child, Florence discovers that everyone loves her singing – like a beautiful bird. As she grows older and launches a singing career, she uses her popularity to combat racism, promote civil rights, and help other African-American performers.

12. The Librarian of Basra by Jeanette Winter
2005. K-4.
When war comes, the chief librarian does all she can to help save the library collection, which contains the history and culture of her country.

13. Malala: A Brave Girl From Pakistan and Iqbal: A Brave Boy From Pakistan by Jeanette Winter
2014. 1-4.
This two-in-one book uses simple phrases and colorful illustrations to tell the stories of two brave child activists from Pakistan, both fighting for education and freedom for all children. The stories include actual quotes from the young activists and treat the violence done to them both with care.

14. The Watcher: Jane Goodall’s Life with the Chimps by Jeanette Winter
2011. Grades K-3.
When Jane was young she loved to watch “all the animals in her world, big and small.” Eventually her passion and persistence led her to Tanzania, where she studied chimpanzees and revolutionized how people see nonhuman animals. Jane’s discoveries also led her to become a passionate advocate for protecting animals and the earth.

For more children’s books on humane issues, check out our online Resource Center. For more stories of solutionaries and changemakers, see our Pinterest page.